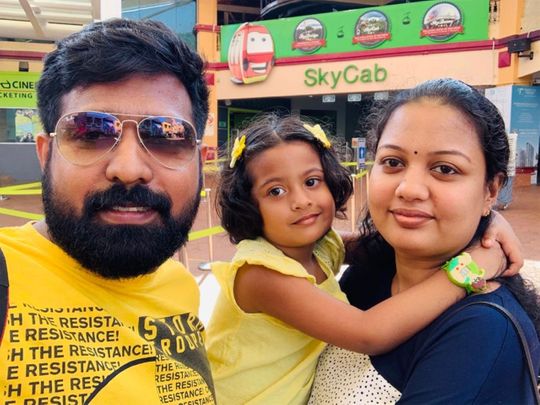 Dubai: An Indian expat is the latest millionaire at the Dubai Duty Free raffle draw.

Suraj Aneed, a 35-year-old Indian national based in Abu Dhabi, became the 350th winner of $1 million when his ticket number 4645 in Millennium Millionaire Series 350, which he purchased online on January 20, was drawn on February 3, Wednesday.

A resident of Abu Dhabi for five years now, Aneed watched his name called out as winner at the draw on Wednesday on Dubai Duty Free’s Facebook page.

He was excited to hear his name announced on the video to say the least.

Aneed is a father of one and works in customer service for a bank.